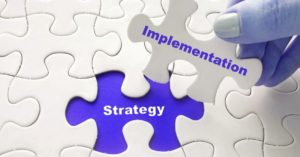 The Programme finds its origins in Mexico. With the support of the FDFA, at the request of the Mexican Ministry of Interior, GHRcontributed to the elaboration and the first stages of the implementation of Mexico’s national Programme for human rights in a training and mediation process between the Government and the civil society (2004-2008) until the end of the mandate of President Fox.

Learning from the Mexican experiences with an external evaluator, GHR made feasibility studies and started similar initiatives for Colombia, Burundi, Sri Lanka, Nepal, Timor Leste, and, more recently in Tunisia.
Besides the Courses, GHR staff has many working sessions with them to discuss the best strategies at national and international levels. Thus, new countries have been added to the list. Moreover, in 2011 we started elaborating thematic programmes, in particular on women’s rights and on human rights defenders.

GHR has a special programme to promote the implementation of human rights in specific countries through training, mediation, advisory services and teaching strategies. GHR has launched three new projects have been launched in 2016.

On the proposal of Prof. Bertrand Ramcharan, GHR General Assembly of 15 March 2016 discussed the weak implementation of the UN human rights programme. The Assembly decided to launch a study project on the contribution of UN institutions, mechanisms and procedures to the strengthening of the domestic human rights protection mechanisms.
Our staff members Isabelle Galino and Thomas Harris drafted the outline and a questionnaire, sent to GHR partners and former trainees to assess the impact in their country of UN human rights programme, and the interaction between Government and civil society. The questionnaire is short. The study covers the period 2000 – 2015. Priority countries were selected, where GHR partners and former trainees are involved in human rights work:

As a training organisation, GHR trained many human rights defenders from Papua in its Geneva Courses. It also conducted training courses within Papua on how to document human rights abuses and to make use of UN human rights mechanisms and procedures. Our trainees prepare reports on cases of violations, following which we advise them and their organisations on the best way to submit their communications to UN bodies. In 2016, three defenders from Papua participated in the Geneva Course of September 2016.
GHR has been shocked by the massive human rights violations occurring in the Papua province since its integration into Indonesia in 1949. Since 2002, together with dozens of human rights organisations and church institutions from Europe and Australia, GHR participates in the International Coalition for Papua (ICP), which issues human rights reports and advocates for peaceful improvement of the situation. In 2016, GHR participated in the two Coordination Board meetings of the Coalition, in The Hague (23-24 May) and Wuppertal (21-22 November). In 2016, in view of the rapidly deteriorating situation there, GHR has launched a special project on Papua to promote a stronger campaign in the UN bodies.

For GHR, the crime of enforced disappearances has always been a priority. Several GHR members were actively involved in the creation in 1980 of the first UN mechanism on this crime, the Working Group on Enforced or Involuntary Disappearances (WGEID) and in the drafting of the Declaration on the Protection of all Persons from Enforced Disappearances (adopted by the UN General Assembly in 1992).
GHR also participated in the negotiations on the International Convention for the Protection of All Persons from Enforced Disappearance (ICED), which was adopted by the General Assembly on 20 December 2006.
With the Convention entering into force on 23 December 2010, the Committee on Enforced Disappearances (CED) became the most recent treaty monitoring body. GHR monitored all the eleven sessions of the CED and realized in 2012, 2013 and 2014 three Experts Meetings with both the CED and the WGEID.

Conference of the States Parties

For 2016, it was decided that, instead of conducting another Expert Seminar, our project would focus on the preparation of the first Conference of the States Parties to the ICED. The Conference took place in Geneva on 19 December.
Its theme was to decide on the future of the Committee: as provided for in Article 27 of the Convention, after the first period of activities, the States Parties had to evaluate the functioning of the CED to decide whether the CED would continue to monitor the Convention, or whether the monitoring of the Convention would be transferred to another body.

GHR worked closely with Argentina and France, who co-chaired the Conference. Meetings took place with the Delegations of both countries in Geneva and during the International Conference of the University of Paris-2 (7-8 November).
Our HPS Department prepared a Memorandum for NGOs with a list of activities of the CED so far, information on the on-going negotiations in Geneva, and a call to associations of relatives and other human rights organisations to prepare statements for the Conference.
Through social media, the Memorandum was widely distributed to all NGOs concerned. Together with the International Service for Human Rights (ISHR), a preparatory meeting was convened for NGOs (13 December). And the co-Chairs proposed to include in the rules of procedures a provision that NGOs could make oral statements.