Geneva for Human Rights – Global Training (GHR) is a training organization. Through training, study and protection, it aims to bridge these gaps, and to empower all those involved in human rights promotion and protection. Its Global Training Department (GTP) conducts each year dozens of Courses and Seminars in Geneva and in the regions. Monitoring and analyzing UN human rights meetings, its Department of Human Rights Policy Studies (HPS) supports these training activities.

In all its Courses and Seminars, in Geneva and in the regions, GHR trains defenders on:

GHR Courses and Seminars in Geneva

In Geneva, GHR conducted many Courses and Seminars for defenders from the regions: 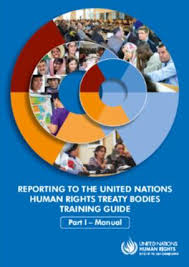 Since 2003, GHR realized numerous Courses in the regions:

Main features of the ‘Geneva Courses’

The Geneva Courses are advanced Courses to train trainers. They constitute a unique intensive and interactive training, combining the theory, the exchanges of experience between participants (field situations) and the exposure to the multilateral reality (in the HR-Council), which the trainees monitor.

GHR elaborated a specific training scheme, covering all the stages of the UPR process: contribution to the State’s report; preparation of the stakeholders’ reports; review of the country in the UPR Working group; adoption of the report by the Group, and then by the HR-Council; follow-up in each country.

In its Courses, GHR explains the potential NGO contribution. It teaches the long-term perspectives, the cooperation with the States, the use of all UN recommendations (special procedures, treaty bodies and UPR), to implement all rights in each country.

TRAINING FELLOWSHIP FUND FOR DEFENDERS FROM THE REGIONS

Created in 2006, our Training Fellowship Fund for Defenders from the Regions enables GHR to offer fellowships to be trained in the Geneva Courses. A fellowship for a defender from the regions covers the fees for the course, the travel expenses to and from Geneva, and the cost of living in Geneva. The Bureau of GHR Executive Council awards the scholarships following the recommendations of GHR advisors and partners. In 2017, the Ebert Foundation (Geneva), UEM (Wuppertal), and the European Human Rights Advocacy Centre (EHRAC) contributed to the Fund. Fellowships were awarded to trainees from Georgia, Russia, Zimbabwe, Congo-DRC, Tanzania, Indonesia and Nepal.

REPRESENTATION IN GENEVA OF NGO’S FROM THE REGIONS

The HR-Council meets practically permanently in Geneva, with every year three ordinary sessions, three UPR sessions, special sessions, working groups on major issues. NGOs and defenders cannot each time undertake the expensive trip to Geneva. Thus, their effective participation in the work of the Council necessitates a permanent presence in Geneva.

Need for more Courses ‘in the Regions’

In many countries, defenders can use the UN and regional human rights procedures from the spot: communications to the Special procedures, shadow reports to treaty bodies, contributions for the UPR review, all can be submitted by fax and E-mails. There are also many OHCHR field offices, and several UN programmes have their own human rights projects. Thus, it is not necessary for each defender to come to Geneva.