Joko Widodo has a ‘lot on his plate’ as he takes oath of office for second term as president on Sunday, say analysts.

In April’s elections, Joko Widodo was returned to office with 55.5 percent of the vote [File: Willy Kurniawan/Reuters]

When Joko Widodo was sworn in as Indonesia’s president five years ago, tens of thousands of people came out to cheer him in the streets of the capital, Jakarta, in a joyful celebration of the Southeast Asian nation’s democracy.

But when Widodo, a former furniture salesman popularly known as Jokowi, takes the oath of office for his second term on Sunday, there will be no parade to mark the occasion.

The 58-year-old, who is the first president to come from outside Indonesia‘s traditional elite, decided he did not want a fancy celebration, according to local media.

He is not the only one in Indonesia feeling less than celebratory.

Students, who took to the streets last month – in opposition to new laws, including one that curbs the powers of the anti-corruption commission or KPK – have threatened to hold protests around Widodo’s inauguration.

“Back in 2014, he was a clean slate,” said Yohanes Sulaiman, a lecturer and political analyst at Universitas Jenderal Achmad Yani in Indonesia’s Bandung.

A former governor of Jakarta, Widodo had not been tested with major policy decisions when he first became president, Sulaiman noted, and that allowed his more liberal supporters to imagine that he was, perhaps, more of a reformist than he really was.

“People were projecting what they wanted onto him and they were disappointed. He’s just a regular politician.”

In April’s elections, Widodo campaigned of continuing his signature policies of big-ticket infrastructure development and pro-poor initiatives, and was elected with 55.5 percent of the vote.

The man who talked of creating “10 new Balis” and oversaw the completion of Jakarta’s first metro line in his first five years in office, now has ambitious $33bn plans to establish a new capital city on the island of Borneo and further develop the transport and communication links that are crucial to an archipelago that stretches across three time zones and thousands of islands.

‘A lot on his plate’

Despite the scale of Widodo’s election victory, the result triggered demonstrations on the streets of Jakarta and an unsuccessful legal challenge from his rival, Prabowo Subianto, a former general with a questionable record on human rights.

Widodo this week appeared to make peace with Subianto – a man he described to his 25.7 million followers on Instagram as a “good friend” – and stepped up efforts to build alliances with other opposition politicians. But he faces significant challenges as he prepares to take the oath of office for a second time.

In the far eastern province of Papua, a low-level rebellion exploded into violence in August with dozens reported dead or wounded and thousands forced from their homes. The unrest followed a military crackdown last December after rebels killed 31 people who had been working on a road construction project.

In the west of the archipelago, fires have ravaged parts of Borneo and Sumatra, while more liberal-minded Indonesians worry about Widodo’s commitment to good governance, human rights and the situation of the country’s minorities.

“There’s a lot on his plate,” Sulaiman said.

Widodo’s first term was marked by the rise of conservative Islamists and the emergence of a more virulent identity politics – most notoriously seen in the 2017 election for Jakarta governor when incumbent Basuki Tjahaja Purnama was found guilty of blasphemy and jailed for two years.

Popularly known as Ahok, the ethnic Chinese Christian was Widodo’s former deputy when he served as the capital’s governor.

In this year’s election, perhaps in an attempt to stave off accusations that he is not religious enough, Widodo allied himself with Ma’ruf Amin, an elderly Islamic Muslim leader who was previously the leader of Nahdlatul Ulama, the world’s largest independent Muslim organisation.

But even as he tries to address religious conservatism, the returning president must also contend with an increasingly assertive parliament or People’s Consultative Assembly (MPR).

Widodo and Ma’ruf will recite their oaths in the MPR on Sunday, a Quran held above each of their heads by a Muslim leader.

“Widodo has always been a weak president,” said Muhammad Sinatra, a political analyst at the Institute of Strategic and International Studies in the Malaysian capital, Kuala Lumpur.

“Of course, he got his mandate from the people, but does it mean he has the confidence of the political parties? He’s not even the leader of the PDI-P (the Indonesian Democratic Party of Struggle – Widodo’s party). You can see for the past five years he has been struggling to consolidate his footing as a political leader.”

The head of the PDI-P is Megawati Sukarnoputri, the country’s fifth president and the daughter of the first – Sukarno. Her daughter has just been elected as the speaker of the house.

While Widodo is seen as a “man of the people”, many parliamentarians hail from the traditional political-business-military elite that controlled Indonesia during the 32-year tenure of former President Soeharto, who resigned in the face of mass protests in 1998.

Their actions are decided not by ideology but by patronage, explained Aaron Connelly, who leads the programme on Southeast Asian political change at the International Institute for Strategic Studies in Singapore.

Having neutralised the KPK, the PDI-P and other parliamentary parties – some of whose members have been targets of corruption probes – now want to bring back the five-year development plans that were a hallmark of the Soeharto era and force the president to comply with them.

“These parties are effectively cartels,” Connelly said. “There are patronage networks within them. If they are not getting what they want, they will not support the government. There are people who are in Widodo’s (own) party who will try to undermine him.”

Amid the political manoeuvring, Widodo’s cabinet is expected to provide a clear indication of where Indonesia is headed over the next five years. The president’s meetings with Prabowo, a former son-in-law of Soeharto, have raised expectations that his party, Gerindra, will join the government.

On Thursday, Widodo said that he had decided on his ministers and would share the names “either the same day” as the inauguration or the day after.

Deasy Simandjuntak, an associate fellow at the ISEAS-Yusof Ishak Institute in Singapore, says if all three so-called “opposition parties” end up joining Widodo’s government Indonesia’s democracy will be the loser.

“Such a significant shrinkage of the opposition poses a challenge to the checks and balances mechanism that is crucial to democracy,” she said in an email.

The fear for many is that as Widodo enters his second term, the man once viewed as a liberal reformer may actually be the one who allows its politics to drift back to the past.

“Widodo is the first president since Soeharto not to have been a political player under the New Order,” Tim Lindsey, the Director of the Centre for Indonesian Law, Islam and Society at the University of Melbourne, wrote in The Conversation this week.

“He was first elected because he was seen as a cleanskin outsider, not compromised by elite politics. Yet it is he who has allowed the KPK – to be crushed. That says a lot about where Indonesia stands today.” 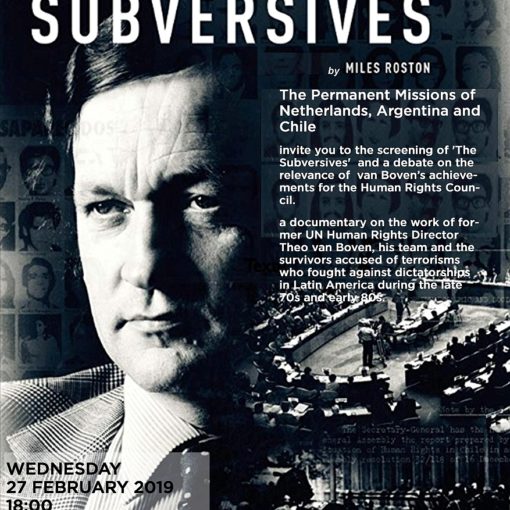 Human Rights Year 2017 – Foreword Annual Report 2017 Many human rights principles, declarations, and conventions have been adopted by the United […] 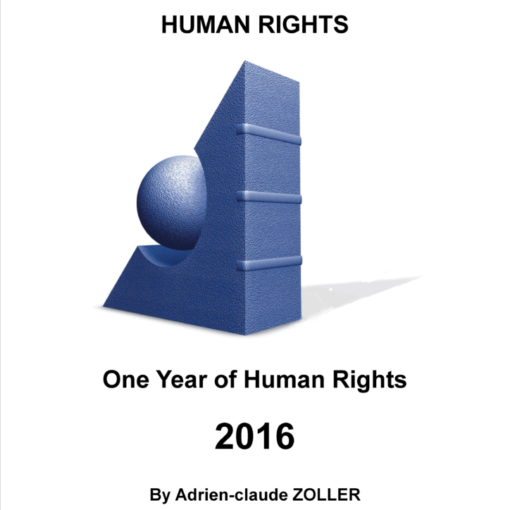