In July 2019, GHR denounced at the Human Rights Council the ongoing military intervention Indonesia launched in December 2018) in the region of Nduga, in the Highlands of Papua, causing the death of dozens civilians and the displacement of several thousand Papuans, left in the cold without humanitarian assistance. Two victims came to Geneva and met with several delegations. Indonesian diplomats reacted nervously, so much so that the President of the Council had to recall the Indonesian delegation on the existing rules in the UN to protect witnesses and defenders from reprisals.

In August 2019, large protests took place in Papua following widespread acts of racial discrimination and assault against Papuan students in multiple Javanese cities. During the 42nd session of the HR-Council, GHR and several rights groups made four oral statements and organized a side-event on 20 September on racism and repression IN Papua.

RACISM AND REPRESSION IN WEST PAPUA

GHR Working Group on Human Rights in West Papua follows closely the rapidly deteriorating situation in West Papua. In July 2019, at the 41st session of the Human Rights Council, together with several human rights groups, GHR denounced the ongoing military operation in Nduga since December 2018, which resulted in a high number of fatalities and internally displaced persons (IDPs). Two victims were invited by GHR to Geneva and they met with several delegations. Indonesian diplomats reacted nervously, so much so that the President of the Council had to recall the Indonesian delegation on the existing rules in the UN to protect witnesses and defenders from reprisals.

Since then, a second security force operation was launched in the highland regency of Puncak in late August 2019 causing the displacement of an additional 1,500 indigenous villagers. Dozens civilians died. Thousands IDPs remain in the cold without humanitarian assistance.

Another major development took place in August 2019, Indonesian police and military reacted brutally to popular protests in Papua. It all started with widespread acts of racial discrimination and assault against Papuan students in multiple Javanese cities. Police and members of ORMAS, a nationalist mass organisation, attacked a groups of Papuan students, often in the dormitory, shouting racist insults such as ‘animals’, ‘dogs’, ‘pigs’ and ‘monkeys’, and threatening them of forced eviction.

Many Papuan students returned to Papua. The racist incidents in Java triggered mass demonstrations against racial discrimination of indigenous Papuans in all large cities and towns across the provinces Papua and Papua Barat. The Government responded to these peaceful protests by substantial military and police reinforcements in Papua and by shutting down the internet in the territory, severely restricting communications. But the demonstrations continued.

GHR also convened a side-event on 20 September entitled Papuans in Indonesia: racism & repression’. Seven NGOs members of the International Coalition on Papua (ICP) co-sponsored. The meeting was chaired by the President of GHR, and key-note speaker was Peter Prove (Director, Commission of Churches on International Affairs, World Council of Churches)) presented the outcome of the Ecumenical Delegation to Papua. The participants also heard a video message from the Protestant Churches in Papua and Budi Tjahjono (Franciscans International) read out the message of Churches in the Pacific, recalling that ‘They are Not Monkeys ! – indeed, they are human beings’. The Indonesian delegation denied most of the allegations.

In August 2019, Indonesian police and military reacted brutally to popular protests in Papua. These are the worst escalations of violence in West Papua since the downfall of the military dictatorship under President Suharto.

Protests in Papua followed widespread acts of racial discrimination and assault against Papuan students in multiple Javanese cities. On 15 August 2019, in Malang, members of ORMAS, a nationalist mass organisation, attacked a group of Papuan commemorating the New York Agreement. A similar incident occurred the following day in the city of Surabaya. Joint security forces and ORMAS members gathered at the Papuan student dormitory, threatened to kill them, and shouted racist insults such as ‘animals’, ‘dogs’, ‘pigs’ and ‘monkeys’. In both cases, the police failed to disperse the violent mob and prosecute the perpetrators. Instead, the police forced its way into the student dormitory, used tear gas and arrested 43 Papuan students. On 17 August, in the city of Semarang, military personnel, ORMAS members and local residents raised banners in front of the Papuan student dormitory. The banners stated that the residents would forcefully evict all Papuan students if they would engage in any activity contradicting the unitary state doctrine in Indonesia.

Concerned for their safety, thousands of Papuan studying in Indonesia, including more than 2’000 students with scholarships, returned to Papua. The racist incidents in Java also triggered mass demonstrations against racial discrimination of indigenous Papuans in all large cities and towns across the provinces Papua and Papua Barat: Merauke, Nabire, Serui, Biak, Bintuni, Jayapura, Enarotali, Moanemani, Dekai, Wamena, Manokwari and Sorong.

The Government responded to these peaceful protests by substantial military and police reinforcements in Papua and by shutting down the internet in the territory, severely restricting communications. But the demonstrations continued. Papuan protesters also expressed their aspirations for political self-determination, arguing that indigenous Papuans are treated as ‘second-class’ citizens in Indonesia. Anti-racism protests and call for self-determination are now linked in the streets in Papua. This the direct outcome of the Government’s failure to address the root causes of the long-lasting West Papua conflict by taking meaningful steps towards sustainable peace. Moreover, for the first time, the long-growing tensions between indigenous Papuans and Indonesian migrants led to outbreaks of violence against particular ethnic groups causing deaths among non-indigenous and indigenous population (ICP News, 8 and 15 October 2019).

Inter-faith religious leaders have called on the government to be careful in dealing with the problems in Papua. The figures, who came from a number of religious mass organisations including the Nahdlatul Ulama Central Board (PBNU), the Gusdurian Network and the Indonesian Communion of Churches (PGI), are asking the government to stop using a militarist approach in the land of Papua. PBNU Chairperson Said Aqil Siroj said that the wrong approach will only cause more unrest and create new problems (CNN Indonesia, 10 September, 2019, Jakarta).

Call from the Pacific Conference of Churches

In a statement of 22 August 2019, the Pacific Conference of Churches (PCC), with the Papua New Guinea Council of Churches (PNGCC), strongly condemned ‘the institutional racism against the indigenous people of West (Tanah) Papua that has led to violent attacks against Papuan Students in Surabaya and protests in Manokwari and Jayapura and led to an increase of Indonesian militarisation in Papua’.

PCC General Secretary, Rev. James Bhagwan and PNGCC General Secretary, Rev. Roger Joseph who both visited West Papua as part of a World Council of Churches delegation, said that ‘this latest example of oppression of Papuan people underlined the need for an urgent investigation of ongoing abuse of Human Rights, the Economic, Social and Cultural and Political rights of West Papuans, by the United Nations’.

In the context of last week’s Pacific Island Forum Leaders’ Meeting, they added, ‘this example of institutional racism against the people of West Papua, further illustrates the concerns raised about the deteriorating situation in West Papua’ (…) ‘In the context of Pacific Regionalism or the Pacific Family, to call our Melanesian sisters and brothers in West Papua ‘Monkeys’ is to call all Pacific Islanders ‘Monkeys’.

‘We are shocked and alarmed by the racially motivated discrimination faced by human and environmental rights defenders as well as by the native and indigenous peoples around the world. Children, Women, the Elderly and Disabled persons are amongst the most vulnerable when faced with discrimination and apartheid policies.

The assaults, criminalization and intimidation against Papuan students taking place in multiple locations on Java throughout mid-August indicate growing racial discrimination. It has been fuelled by the military and ORMAS, while the police furthermore failed to protect Papuan from such discriminatory acts and to  prosecute the perpetrators.

Increasingly, protests have been taking place across Indonesia and Papua and were triggered by videos on the internet showing students being discriminated and called “monkeys” and “dogs”. Anti racism demonstrations subsequently occurred in various cities.

‘These protests will not be stopped by an excessive use of force or by cracking down on freedom of expression and access to information,” UN experts assessed.

On the 4th of this month, the High Commissioner expressed her concern regarding the violent demonstrations in Papua; she noted also that “blanket internet shutdowns” could exacerbate tensions among communities facing “longstanding racism and discrimination”.

On 16 September 2019, UN experts further called for immediate measures to ensure the protection of freedom of expression and to address acts of harassment, intimidation, interference, undue restrictions and threats against those reporting on the protests”.

On 18 September 2019, Special Procedures mandate holders received a communication regarding the violent crackdown on the anti-racism protest of Waghete Town, Papua Province during which 8 protesters were killed and more than 50 injured.

Yesterday, in Wamena city and regency, the government restricted again internet access following demonstrations: military stated that 17 civilians died due to injuries and there were 65 injured.

On the same day, in Jayapura, further unrest occurred at Cenderawasih University: at least 3 confirmed and 8 alleged killings of Papuans civilians occurred.

Today, Geneva for Human Rights endeavors to highlight the ongoing discrimination taking place against the Papuans and to shine a light on existing patterns of racial discrimination and human rights violations.

We conclude by urging the State of Indonesia to fulfill its human rights obligations and to stop the recurring criminalization of indigenous peoples, political activists, religious minorities and human rights defenders’. 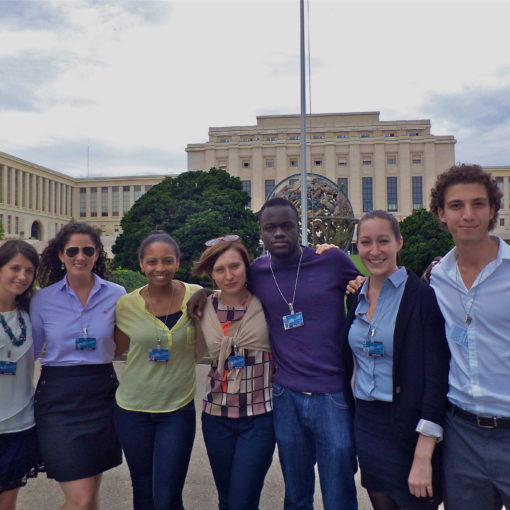 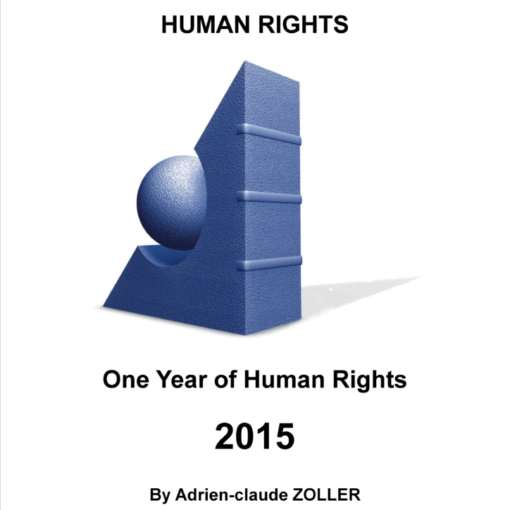 “The International Spokesperson for the West Papua National Committee,Victor Yeimo, called for the Papuan and non-Papuan people who live sideby side not […]